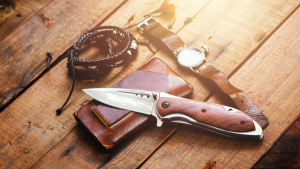 Phil was a hard worker and an avid fisherman who also enjoyed putting together model airplanes. He was a knife collector and a perfectionist at tying flies for fly fishing. He enjoyed spending time with family and friends. He will be missed more than he would ever know. Phil was a Police Officer for Nichols Hills and then found his main career in carpentry. After retiring from carpentry he began working at the State Capital for the Senate's Office.

To send flowers to the family or plant a tree in memory of Charles Phillip Gordon, please visit our floral store.

You can still show your support by sending flowers directly to the family, or by planting a memorial tree in the memory of Charles Phillip Gordon
Share a memory
© 2021 OK Cremation & Funeral Home, LLC.. All Rights Reserved. Funeral Home website by CFS & TA | Terms of Use | Privacy Policy