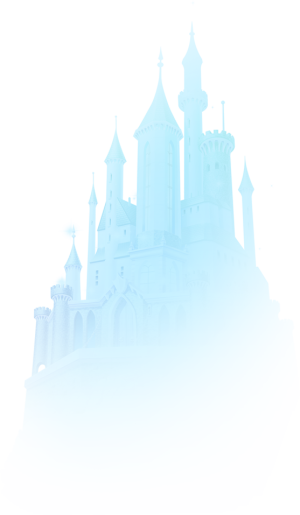 Marge lived in various places throughout her lifetime. Her father was active in the navy, moving his family all over the world. Her family stayed in Key West, FL until 1958 when they moved to Turkey for over a year. The family then moved to the Panama Canal Zone (Coco Solo). During their time in Panama, she made many lifelong friends that she would later reconnect with on Facebook. Marge graduated from Cristobal High School in 1969. She then went on to college at Prospect Hall College in Florida. She married her first husband in 1971, and this union produced two daughters, Tasha and Amanda.

Shortly after getting married, Marge moved to Japan in 1972 and then back to the United States where she lived in California in 1973 and moved to Indiana in 1974.

Marge made her way to Oklahoma City, Oklahoma in 1981 and started working at the post office in 1983, spending most of her years as a window clerk until her retirement in 2014.

Marge met the love of her life, Barry Broadway, in late 1986. On November 10, 1988, the pair were married in OKC. This would be just the first of their many adventures together. Marge enjoyed traveling with her husband and family; they frequently traveled to Lake Tahoe, Yosemite, Estes Park, and the place of her birth, Key West. Everywhere they went, she enjoyed getting to look at the beautiful scenery and spend time with her beloved Barry. Throughout Marge and Barry’s marriage, they went to many concerts, including some of her favorites, the Eagles, Bob Seger, Elton John, Journey, and Rod Stewart, often multiple times on the same tour. Weekly the two of them would go to the Mont in Norman, their date night spot.

Marge’s caring heart and generosity was evident in how she stepped up to take care of Barry’s grandparents, Gladys and Lloyd. She took them to numerous doctor appointments, helped take care of their yard work, and ultimately moved Gladys into her and Barry’s home after Lloyd’s passing. She continued to take care of Gladys until she passed in 2006.

She was a devoted wife and mother who loved to spend time with her family. Holidays spent with her family were always her favorite, and she always looked forward to getting to decorate for Christmas. She loved to collect Santa Claus memorabilia. Like the rest of her family, Marge loved all things Disney, traveling to the parks several times and taking two cruises. Minnie Mouse was her very favorite.

Marge had a passion for watching Sooner football. Her favorite player was Baker Mayfield. She even followed him as a fan to the Cleveland Browns. She loved going to eat Mexican food and wouldn’t pass up the opportunity to have a good margarita, especially on weekly family trips to Chelino’s. Marge also loved driving around various parts of Oklahoma City to look at big houses.

One of Marge’s greatest joys later in life was her granddaughters, Karsyn and Brienna. She loved going to get her nails done with her granddaughter, Karsyn. Her favorite color was anything sparkly and shiny. She also loved taking Brienna to Bricktown in OKC whenever she came to town.

Marge was a deep lover of animals. She had countless cats over the years, a spaniel named Brandy in the 90s, and found a great love for golden retrievers when she and Barry rescued Denver in 2013. After Denver’s passing in 2019, the pair adopted a new golden puppy named Jack.

Marge was a friend to many and always had a smile on her face that would brighten up a room. She could make a friend anywhere she went, whether it be in the nail salon or along the street. She always enjoyed spending time in her garden and took pride in her flowerbeds. She loved to share her plants with her friends.

She was a great wife, mother, nana, sister, and friend with a heart of gold that will be greatly missed.

She is preceded in death by her parents, Lanny and Gail Ward; and Grandfather-in-Law Lloyd Broadway and Grandmother-in-Law Gladys Broadway.

To send flowers to the family or plant a tree in memory of Margery Elaine (Ward) Broadway, please visit our floral store.