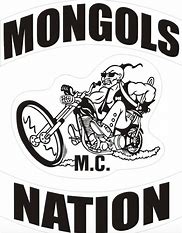 Monte “Dirty Quinn” Sellers, age 54, passed away peacefully on August 13th, 2020 at OU Medical Center. Monte was born on October 4th, 1965 to Monte Leo Sellers and Elsie Deanna Wilson Sellers in Ada, OK. Monte was a long-time resident of Shawnee, OK, where he also attended school as a child. Monte married the love of his life, Della Jo Sellers, on January 21st, 1994, and soon became a motorcycle mechanic. Monte enjoyed his time with family and friends, fishing, riding his motorcycle, and most of all, the love and support from his brotherhood.

Monte was preceded in death by his father, Monte Leo Sellers; his mother, Elsie Deanna Sellers; his sister, Johnna Denise and his brother, Jackie "Tug" Ray.

Monte's services will be held Saturday, August 22nd, 2020 at 10:30am, at C3 Church. C3 Church is located at 329 N. Pesotum Ave., Shawnee, OK, 74801 with Pastor Ken Kerbo officiating. For his Final Ride, motorcycles will meet at The Garage in Shawnee at 6:30am, kickstands up at 7am, and then we will ride with him from the funeral home to the church. Anyone is welcome to join in this ride. Services will then be held at C3 Church, and then we'll proceed to Center Cemetery in Ada, OK for his burial.

An online condolence can be place at: www.okcremation.com

Services are under the direction of OK Cremation and Funeral Home, Oklahoma City.

To send flowers to the family or plant a tree in memory of Monte "Dirty Quinn" Sellers, please visit our floral store.