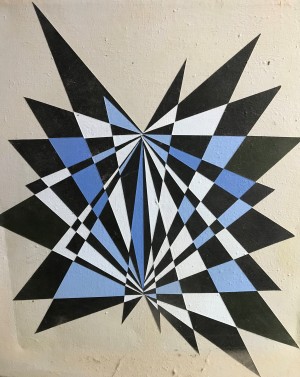 Paul is survived by his daughter Traci Bauder, of Crandall, Georgia; his daughter, Terra Cooley of Bekoshe, Oklahoma, his grandsons Ryan and Tristen Cooley and great granddaughters Avalynne, Cora and Mattie Cooley. He is further survived by his brothers Bobby and Mike Sinz and sister Diann Sinz.

Paul was born on 19 December 1945 in Detroit, MI to parents Rosemary and Robert Sinz. He was a man of many talents. He worked for over 20 years at Tinker AFB, was an amazing artist and touched hundreds of lives as a martial arts instructor. He served his country proudly in the United States Marine Corps during the Vietnam conflict between 1964 and 1968.

Paul was a loving father. He married Shirley Davis in 1973, later separated but they raised two wonderful daughters together.

Paul was a quiet man who was a ferocious reader and collected hundreds of books on almost every topic imaginable. He had the soul of an artist and found beauty in most everything. He was an avid painter for the majority of his life. He enjoyed teaching and inspired so many in his community through the United States Martial Artists Association. His vivid imagination made him gravitate toward syfy and fantasy fiction which he loved sharing with his family. They will miss him terribly.

A memorial is scheduled for Saturday 20 March, at 10:00 AM. All are welcome to attend and celebrate Paul’s life.

To send flowers to the family or plant a tree in memory of Paul David Sinz, please visit our floral store.