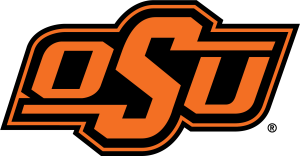 Wendell “Shane” Lane passed away on January 21st, 2021 in his home in Oklahoma City, Oklahoma at the age of 50.

Shane was born on November 18th, 1970 in Oklahoma City, Oklahoma to Eddie Martin and Rowena Lane. He spent his early life working in various construction trades, one of his multiple talents, his handyman skills were a lifelong source of pride for him. He went on to work for Walmart, running the paint counter. Shane was a family man. He loved his family and made them his #1 priority. A close second was the love he had for OSU college football. Shane enjoyed hunting, fishing, southern rock and country music, the latter of which he would play as he cooked out surrounded by family.

Shane is preceded in death by his father, Eddie Martin and grandmother, Sarah Lane.

Shane’s smile and laughter will forever remain in our heart and minds. He always said, “I am the king of my house”, and now he is in his King’s house.

To send flowers to the family or plant a tree in memory of Shane Lane, please visit our floral store.