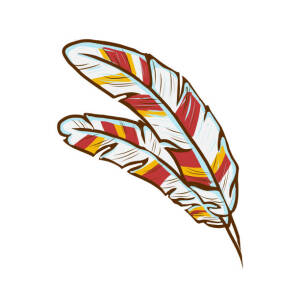 Teresa Ann Willige left this world on Monday - June 20, 2022, just a few hours shy of her 72nd birthday. A wife, mother, granny, daughter, sister - and so much more - she loved endlessly and fought fiercely until her last breath. She passed peacefully knowing she was loved deeply, after a long battle with dementia.

Teresa was born on June 21, 1950, to Muriel Freeman Overstreet and Omega (Cannon) Overstreet in Oklahoma City, Oklahoma. Settling in Norman, Oklahoma in 1961, Teresa spent many of her school days in Norman Public Schools - she was a proud Norman Tiger and graduate of the Class of ‘68.  She worked at Sooner Theater where she met the love of her life, “Augie” August W. Willige, III.  They married in 1968 and temporarily resided in both San Diego, California and Jacksonville Beach, Florida in the early 70’s, during Augie’s training at the U.S. Navy Radio (A) School and during his service on the USS Yosemite (AD-19); later returning to Norman to raise their family. Prior to leaving Norman to join Augie at his military stations, Teresa worked for Norman Municipal Hospital performing PBX, Business Office and Admitting work.

Teresa enjoyed singing, fishing, writing, and reading, as well as making ceramics to name a few, but above all things, she treasured spending time with friends and family and was lovingly nicknamed “Mom” or “Granny” by many. She much-loved giraffes and everything about them, the color purple and she had a heart for Jesus. In 1979, Teresa attended The University of Oklahoma (OU) working towards a Liberal Studies degree in Humanities along with being a proud employee of the university as an Assistant to the Dean in her program of study. She temporarily put her studies on hold in the 1980’s as she focused her time on maintaining the home and raising her family. In the 80’s Teresa coached T-ball and soccer alongside her sister Ellen in Norman and was a United States Soccer Federation Referee. She returned to the workforce in the mid 80’s proudly representing the Cleveland County Sheriff’s Department, employed as their Commissary Deputy for several years. She returned to OU in the early 1990’s to complete her degree; regretfully, she had to leave her program in the mid 90’s after an enervating auto accident. Teresa was approximately 3 credit hours away from completing her dream of obtaining a bachelor’s degree in Journalism with a minor in Native American Studies. She was a published writer, earning several recognitions over the years, including 2nd Opinion Best Column award from South-Western Journalism Congress in 1995. She served as a representative on the Family Advisory Board for the CARES Foundation and advocated as a Miracle Family representative alongside her daughter and grandson for Oklahoma Children’s Hospital Foundation from 2006 until her dementia prevented her from being able to continue her volunteer work. She was proud of her family history and heritage and was exceptionally proud to be a tribal member of the Choctaw Nation of Oklahoma.

Teresa was preceded in death by her parents – Muriel and Omega Overstreet, infant daughter – Omega Lee Willige, father and mother-in-law – “Junior” August W. Willige Jr. and Wanda Lee (Kennedy) Willige, brother-in-law – “Bill” William Ralph Willige, nephew – William “Todd” Willige, aunt – Karen (Cannon) Grant who was as close as a sister, as well as many aunts, uncles, greats and grands on both sides of the family.

She is survived by her devoted and adoring family including husband – Augie, son – “Dusty” August W. Willige IV and wife Bethany of Norman, OK, daughter – April D. Willige of Norman, OK, 4 grandchildren – Andrew and wife Kelsey, Aubry and Aidan, all who she treasured beyond words; sister – Ellen Tullius and husband Jeff of Norman, OK, brother – David Overstreet of Norman, OK, aunt – Henrietta Elmore of Pocola, OK and many nieces, nephews, cousins & countless “family by affection” established during her time on earth.

In lieu of flowers please make a donation to Pantry Partners of Norman, Full Circle Adult Day Center of Norman or Oklahoma Children's Hospital Foundation in her honor. Links below

To live in hearts, we leave behind is not to die. ~Thomas Campbell

To send flowers to the family or plant a tree in memory of Teresa Ann (Overstreet) Willige, please visit our floral store.